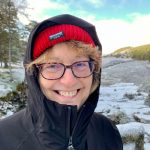 2021 – 'What's Love got to do with it?' Locating female agency and new cultural identities in Leicester, 1960-1991 at the Women's History Network annual conference (online)
2020 - 'Uncovering Daily Lives through Oral Histories: Romance and Racism in later twentieth century Leicester'. Online presentations to the New History Lab at University of Leicester and as part of the research relay at the Midlands Four Cities 2020 Digital Research Festival
2019 - 'Should I love him, or should I love him not?' The emotional turmoil of inter-cultural dating' at the second biennial conference, entitled 'Emotions in Conflict', of the Society for the History of Emotions (SHE)

2019 – Invited to present, 'Redefining the Domestic Politics of British 'Blackness'? 'Mixed' Black Caribbean and white British romantic relationships in postwar Leicester', at the What's Happening in Black British History? conference organised by the University of Leicester in partnership with Institute of Commonwealth Studies

2019 – ''Inner city' space: a useful lens through which to study the history of inter-ethnic romance?' at the Community, Culture, Crisis: The Inner City in Post-war Britain conference, at the Centre for Urban History, University of Leicester, and the University of Leicester, History, Politics and International Relations' Third Annual Postgraduate Researchers' Conference

2018 - 'Emotional Danger: Risk and Reward in a Study of mixed relationships in Leicester between 1960 and 1985' at the Dangerous Oral Histories: Risk, Responsibilities and Rewards Conference of the Oral History Society (OHS) and the Oral History Network of Ireland (OHNI)

2018 - 'How might emotions inform an evaluation of historical change in attitudes to romantic mixing in post-war Leicester, 1948-1985?' as part of the Research Relay at The Midlands Three Cities 2018 Research Festival

2018 - Member of the four-person committee that organised the University of Leicester's School of History, Politics and International Relations Postgraduate Researchers' second Annual Conference

2017 - 'Get Up, Stand Up….'? Women in mixed Black Caribbean and White British relationships in Leicester between 1948 and 1979, at the University of Leicester's History, Politics and International Relations Department's 2017 Postgraduate Researchers Conference

2018/2019 - Media promotion of project and collection of oral histories collected from 21 women who had long-term, heterosexual inter-cultural romantic relationships in Leicester at some time between the late 1950s and 1991

2018/2019 – Leicester Universities Volunteer Coordinator for RAF Stories, a collaborative project with RAF museum collecting memories of 100 years of the RAF

2015 - Managed team of volunteers to produce a podcast telling a history of Shady Lane Arboretum, part of the History of Leicester's Parks project (employed by Unitemps)

Member of The Oral History Society

Member of The Social History Society

Member of The Women's History Network

Member of The Society for the History of Emotions