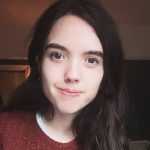 My project will provide the first direct exploration of the centrality of domestic servants to the mass movement of middle-class women into professional work in Britain between 1870 and 1914.

My research will focus on six key questions:

My project will draw heavily from personal writing and correspondence, enriched by sources such as advice literature, memoirs, periodicals, fiction and visual culture. It will also draw from collections such as the Autograph Letters Collection and the records of the Girls’ Friendly Society at the Women’s Library, alongside collections in relation to the alumnae of some of the earliest universities to admit women. The records of the British Women’s Emigration Association will be of particular interest: one main point of discussion in the association’s correspondence was the necessity of good servants for middle-class women on the international stage.
This research will centralise the seismic impact servants had on the expansion of the workforce in historiographical debates. This project addresses questions still relevant today: although domestic service is commonly described as declining following the First World War, domestic cleaning is still a field of work occupied by working-class women, and employing cleaners remains a societal status symbol for many households.