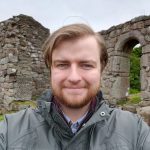 Kinship Connections and the Earldom of Orkney c. 900-1263

This project aims to use genealogies from Orkneyinga saga to map out the family relationships between individuals from Orkney, Norway, Iceland, Scotland, and other areas of the Viking diaspora during the Viking Age and the Late Norse period. By doing this, it will establish the extent to which the aristocracies of Scandinavia and Scotland were interconnected. Furthermore, it will show the types of family relationships which maintained the interconnectivity of the Viking diaspora. By cross-referencing genealogical data from the sagas with documentary, archaeological, and place name evidence, this study will provide a detailed picture of this Norse-Scottish borderland. In addition, it will consider how the oral traditions which contributed to Orkneyinga saga flowed through the family networks of the Orkney earldom.

Tom Fairfax, ‘Alan Murray of Culbin’, in Conquered By No One: A People’s History of the Scots who made the Declaration of Arbroath in 1320 ed. by Neil McLennan (Old Baberton: Old Baberton Clubhouse, 2020), 198–200.

Paper given: ‘Raging like wolves against their godly pastor’: Papal responses to Violence against bishops of Caithness in the Early-Thirteenth Century

Paper Given: 'Making Connections in the Viking Diaspora: What Might Social Network Analysis Reveal about the People of Orkneyinga Saga?'

I am currently a co-ordinator for the Vikings for Schools programme at the University of Nottingham.

Reactions to the burning of Bishop Adam of Caithness in 1222

Public online talk for Caithness Broch Project (given on 10 February, 2022):

Member of the Scottish Society for Northern Studies.

Member of the Viking Society for Northern Research.