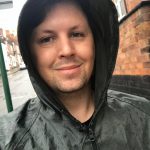 My project explores modes of literary and social belonging that resist the lawful oppression of queer people in the Anglophone Caribbean through contemporary literature. This focus is informed by emergent queer visibility, historically framed by the unofficial and violently opposed Kingston Pride of 1989 and the first publicly sanctioned Pride in 2015. I will consider the ways in which increasingly ‘official’ social visibility has potential critical impact for postcolonial-informed queer theories. Moreover, my project argues that such a critical approach is important for contemporary Caribbean fiction due to the region’s historical and literary exceptionalness. In the Caribbean, the colonial past continues to shape the current regulation of sexualities, as evidenced by the continued enforcements of Buggery and Obeah Laws (1861, 1898).

My project examines how multiple literary queer resistances are present in the work of authors including Marlon James, Nalo Hopkinson and Thomas Glave. I will consider how their work dramatises and subverts the notion that sexual difference functions asa ‘regulator of society’ (Ferguson, 2004) through a production of multiple literary queer resistances via form and content. I will examine this literary queer resistance as ostensibly a private code within contemporary Caribbean literature, accessible exclusively to those ‘in-the-know’. This is manifested by a distinctly Caribbean cultural rendering of camp’s love of artifice and exaggeration: the similar aesthetic flamboyances of calypso, carnival and dancehall influencing the forms of contemporary Caribbean literature. The sexual and colonial resistances within these Caribbean literary texts connect to contemporary queer theories, particularly international queer-of-colour critique (Muñoz, Gopinath, Ferguson, Lorde, Anzaldúa, Rao, Massad). As such, my critical framework aims to mimic the topography of the Caribbean as separate concepts, converging through a shared belonging, reflecting disparate islands which have become culturally interrelated, due to their colonial and diasporic histories.

'Worldmaking Around the World: Queer Media and Culture in Circulation' hosted by the University of Exeter 21-22 May 2021 - http://translatingforchange.exeter.ac.uk/conference/

Lecture given on queer representation for the second year undergraduate module 'Black Writing in Britian', at Nottingham Trent University (2019).

Teaching assistant for Dr Amy Rushton, in a lecture and workshop - advanced introduction to queer theory - for Masters students, at Nottingham Trent University (2020).