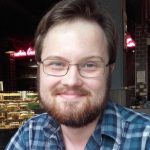 My thesis explores the significance of the serpent as a cultural phenomenon in the changing religious landscape of sixteenth and seventeenth century Germany. Serpents and dragons (terms used interchangeably by contemporaries) are universal symbols, found in legends that permeate cultural mythologies across the globe and possess a wealth of allegorical power. My research is concerned with the many different manifestations of these potent symbols within a period of great religious upheaval where they are deployed in the fierce rhetoric of confessional rivalry. Of particular interest to this study is the appropriation of dragon-slaying narratives like that of St. George by Protestant reformers which reveals much of how they imagined their proto-nationalistic religious identity and how they understood the world they lived in.