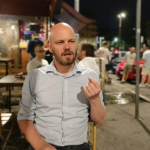 People, Power, and Politics: Populism and the Roman Republic (82-27 BC)

The last decade has seen profound changes in politics.  The hegemony of neoliberalism, once considered the ‘End of History’, has been steadily cracking in countries around the world as its economic, social, and ideological promises fall short, with visible, material results.  One response has been populism; across every continent, this ideological axis has re-emerged to challenge the old order, with phenomenal success in a large number of countries, drawing on a central configuration of ‘the People’, its sovereignty, and the way this sovereignty has been usurped.

As a concept, populism is one that has long held problems for political scientists in particular, who have understood the idea as ‘chameleonic’ – and yet, across political groups and positions as diverse as Trumpism, Corbynism, UKIP, Podemos, M5S, each evoke a common response of recognition in the rhetoric, ideology and praxis they exhibit.  Though these groups can have diametrically different answers, with vitally different consequences, to the questions, ‘who are the People?’, ‘who are the Elite?’, and ‘what should be done about it?’, there is, too, a core commonality in the worldview of populists, who place popular sovereignty, in a direct, ‘legal’ sense, above all other sovereignty, and understanding this popular sovereignty as in a state of immediate crisis – a crisis brought about by the existing hegemonic forces.

This thesis begins from an understanding that this response of recognition is present, too, when we look at the various ‘crises’ of the late Roman republic, and asks how our modern lived experience, informing new understandings of what constitutes and drives populism, a can provide a new lens for understanding that period.  Like populism itself, what were once thought of as the ‘political parties’ of Rome, the terms populares and optimates are fluid distinctions, used in different ways by different writers for different purposes.  Understanding how populism is able to underpin a wide variety of ontic political positions reveals a deeper understanding of these terms in both their etic and emic perspectives.

At the same time, analysing the interaction of the thematically recognisable elements of populism in a political culture two millenia removed from the present day provides a striking case study of a phenomenon heretofore almost entirely studied in modern contexts allows a reinterpretation of populist-type politics stripped from its usual contextual background of liberal democracy.  Understanding populism in what is in many ways a profoundly different – albeit while evoking an uncanny recognisability itself – society allows this thesis to look at the rhetoric and the reality of populist ideology and praxis in a way that can take into account materiality and crisis, and begin to evaluate populist claims in a deeper, unbiased way.