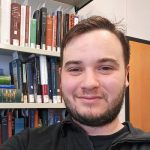 Informal Diplomacy in Ancient Rome: An Analysis of Negotiation in Cicero's Letters

My research examines informal diplomacy in the late Roman Republic (1st century BC). The primary evidence for this comes from the letters of Marcus Tullius Cicero, a prolific writer and notable statesman who interacted with most of the high-profile politicians of the era.

This analysis will be conducted around the framework of “role theory”: the idea that people in a given social position conduct their behaviour along certain patterns informed by widely accepted social expectations of that position. The political ramifications of this idea have only recently began to develop in scholarship, and have not yet been considered in the context of the ancient world. This study will therefore be the first to examine how the adoption of a role could be used to achieve a specific persuasive aim in the context of ancient Roman society.

My study also aims to integrate epistolary practices into the wider scholarship on informal diplomacy in ancient Rome, by considering the role letters had to play in facilitating political discussion between people in the social capital at Rome, and the many political figures in the era who were absent from the city.

I am broadly interested in anything to do with the Roman Republic or Empire. My previous studies have focused primarily on Roman rhetoric, but I have also been involved in teaching and projects relating to classical reception, Greek mythology, Roman Imperial propaganda, and numismatics.