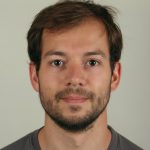 The future up in smoke: The effects of tobacco use on population health in Europe in the 16th-19th centuries.

In the post-medieval period, we see a decline in population health in Europe during which infectious disease is gradually replaced by chronic disease as the main cause of death. During the same period, tobacco is introduced and gains in popularity in England and the Netherlands. Despite the known ill health effects of tobacco use today, the link between commodification of tobacco and the emergence of chronic disease has never been thoroughly investigated.

Aside from the disease and death caused by tobacco use directly, maternal exposure to tobacco during pregnancy can have a profound influence on the developing foetus. Maternal tobacco exposure during early pregnancy (especially during organogenesis) can cause a wide variety of undesirable birth outcomes, including developmental delay and birth defects.

Significantly, detrimental effects of tobacco exposure during the foetal stage do not end in early infancy. Epigenetic changes – those that influence gene expression, but not the DNA itself – brought about by adversity during development can negatively impact susceptibility to risk factors for disease in later life.

This project aims to assess archaeological human skeletal remains for proxies of early-life adversity, which will start off by recording non-metric traits, bone measurements, and morphological stages of development. Some non-metric traits are routinely documented during osteological assessment. They are defined as morphological deviations from the ‘norm’. Their aetiology is largely unknown, but disruption during skeletal development may play an important role.

Looking at skeletal metric proportions in the human skeleton can also provide information on developmental disruption during early development, and the timing of such disruption. Different skeletal elements and parts of elements grow at set intervals and speeds, which means that environmental impacts on growth can leave some of the resultant disproportions fixed. SImilarly, differences in the relationship between metrics and morphological development (e.g. appearance of ossification centres and the fusing of elements) can shed light on moments of delayed growth.

All of these characteristics will be assessed on a population level, but also, importantly, compared between populations with different tobacco use demographics. For this purpose, collections have been selected to represent pre- (i.e. medieval times) and post-tobacco periods in the Netherlands and England, two countries with different tobacco-use and industrialisation histories.

The results of this project will provide valuable insight into the long-term effects of tobacco on population health, which will shed light on current tobacco use, the world’s leading cause of preventable disease and premature death.