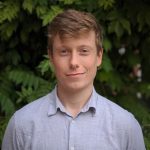 Creatures of Welfare: A Theory of the Moral Status of Humans and Animals

The central themes of my research are moral status, basic equality, and our duties to animals.

My doctoral thesis asks which entities matter morally for their own sake, and why. It aims to provide a new answer to two questions: what are the grounds of moral status? And how is moral status distributed among humans and animals?

I am developing a new account of moral status which can solve this puzzle in a theoretically defensible way. I aim to leverage the account to help illuminate the nature of some of our duties to animals, in an individual sense and a political sense too.