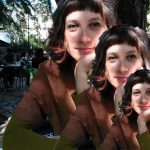 My project focuses on the digital consumption of Yesilcam* films in the context of increased authoritarianism, cultural polarization and censorship in Turkey. As the ruling party (JDP) names its new regime “New Turkey”, various segments of the society started yearning for an “Old Turkey”. As JDP seeks to reinforce its cultural hegemony through neo-Ottomanism, popular cultural depictions of the past have become a contested arena. Thus, there is a political significance of the cultural practices around Yesilcam film watching, due to the nostalgia associated with its imagery. The popular cultural heritage of Yesilcam continues to influence not only the current Turkish TV series but also the way various audiences relate to the past. With the means of public debate diminishing and surveillance of public space expanding, the consumption of Yesilcam films have become an outlet for the communication of political discourses and affective engagements with politics. The revival of Yesilcam has also become an arena for communities to redefine popular cultural heritage through fan labour.

The first part of the project will be exploring the transformation of Yesilcam audienceship, the new wave of Yesilcam revival, new digital archiving practices as well as the patterns in political engagements with Yesilcam narratives on online platforms. The second part of the research will focus on young dissident women and LGBTI+ audiences in Turkey, analyzing the ways they engage with present politics through Yesilcam imagery.

Freedom of expression and censorship