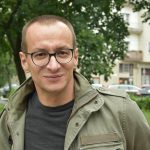 The Roman Picnic in Late Antiquity

My thesis is essentially about six images of outdoor dining: four on mosaic floors and two on silver plates. Their types of display are found over a wide geographical area from North Africa to Pannonia: one mosaic from Algeria (Hippo Regius), one from Turkey (Antioch), two from Sicily (Piazza Armerina and Tellaro), a silver dish from Italy (Cesena) and another from Hungary (probably from Kőszárhegy). They were all made in the 4th century AD and used in domestic contexts. The images depict diners reclining outdoor around a bolster and, in four cases, under an awning hung between trees with servants often present. In all cases, this picnic party is part of a hunting activity where hunters are trying to capture exotic animals. All might belong to the newly emerged thematic spectrum of domestic décor where eating, the depiction of food, and presenting wealth and luxury played an important role, depicted at the expense of mythological imagery.

My thesis investigates what these images can tell us about late Roman society in which they were seen and used and particularly about the concept of the “good life” as late Roman elite groups understood it, and asks how late Roman culture used picnic imagery in constructing power and social identity.

My other research interest is at the intersection of classical archaeology, historiography, and museum studies. I'm interested in the various ways of crafting narratives of Roman and late antique art through objects as mirrored in museum displays and exhibition catalogues from the nineteenth to the twentyfirst century.

'Herakles from the Sea: Some Archaeological Notes on a Votive Relief from Ostia' ANNONA 2015. International Student Conference on Underwater Archaeology. University of Zadar, Croatia, (13-15/11/15).